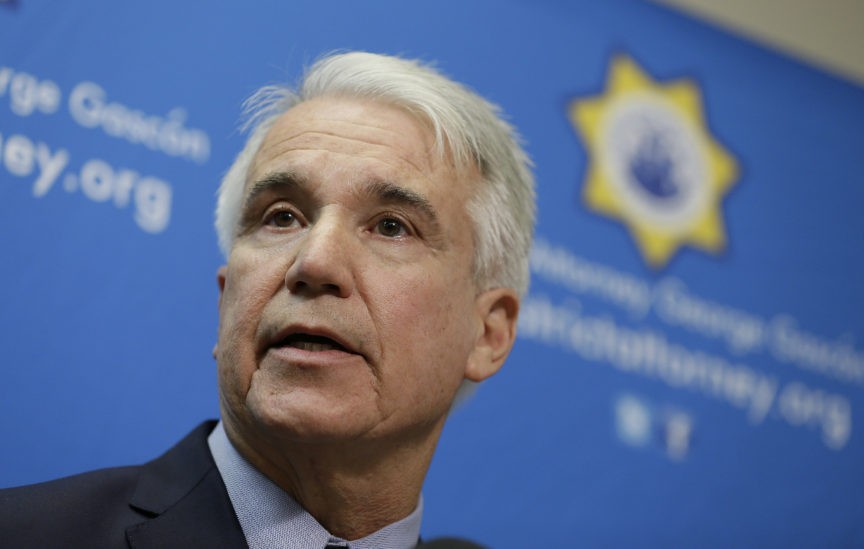 Lacey was held responsible by Black Lives Matter for alleged police brutality. Her challenger won the support of the Democratic Party establishment in the state — including L.A. Mayor Eric Garcetti, who withdrew his previous endorsement of Lacey and threw his support to the Soros-backed Gascon in early October.

As Breitbart News reported before the election:

In 2018, as Breitbart News reported at the time, Soros spent heavily on left-wing candidates for district attorney posts around the nation, often backing “progressive” candidates against establishment Democrats. He spent nearly $4 million in total.

The results are evident in a wave of politicized prosecutions — or, in the case of Chicago’s Jussie Smollett hate crime hoax, non-prosecutions. Soros-backed prosecutors have backed the Black Lives Matter movement, selectively enforcing the law.

In Los Angeles, the movement targeted Lacey. As Breitbart News noted: “[Protesters] accuse her of being too tough on crime. In March, Black Lives Matter activists marched to Lacey’s door in the wee hours of the morning — and Lacey’s husband confrontedthem with a gun and told them to leave. He now faces criminal charges in that incident.”

Gascón is a left-wing prosecutor with a controversial history. He previously served as district attorney in San Francisco, as Politico notes, working with then-Mayor Newsom to roll back policing — but leaving a city synonymous with vagrancy today, and backing Proposition 47, which put more convicted criminals back on the streets:

Newsom’s choice reflects his long history with Gascón: When he was mayor of San Francisco, Newsom tabbed Gascón to be chief of police and then elevated him to San Francisco district attorney to fill the post that Kamala Harrisvacated after she became state attorney general. During his tenure as San Francisco’s top cop, Gascón became a leading figure in California’s swing away from tough-on-crime policies, embracing measures like a ballot initiative to reduce drug and theft crimes from felonies to misdemeanors.

Gascón was encouraged to run by the Real Justice PAC, an organization co-founded by radical left-wing Black Lives Matter activist Shaun King, who is publicly refusing to denounce riots in Kenosha.

As the California Globe recently reported, Soros has spent $2.5 million on Gascon’s campaign. He has a left-wing record, including support for prison reform and the end of cash bail. Moreover, the Globe noted:

Lacey is the first African American woman to hold the post.

Joel B. Pollak is Senior Editor-at-Large at Breitbart News and the host of Breitbart News Sunday on Sirius XM Patriot on Sunday evenings from 7 p.m. to 10 p.m. ET (4 p.m. to 7 p.m. PT). His newest e-book is The Trumpian Virtues: The Lessons and Legacy of Donald Trump’s Presidency. His recent book, RED NOVEMBER, tells the story of the 2020 Democratic presidential primary from a conservative perspective. He is a winner of the 2018 Robert Novak Journalism Alumni Fellowship. Follow him on Twitter at @joelpollak.