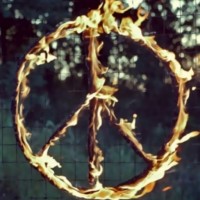 We have been discussing the campaign of The Lincoln Project and others to harass and abuse lawyers who represent the Trump campaign or other parties bringing election challenges. Similar campaigns have targeted election officials who object to counting irregularities. Now, the Michigan Attorney General and others are suggesting that Republicans who oppose certification or even meet with President Donald Trump on the issue could be criminally investigated or charged. Once again, the media is silent on this clearly abusive use of the criminal code target members of the opposing party in their raising objections under state law.

On Friday afternoon, leaders of Michigan’s Republican-controlled state legislature met with Trump in the White House at his invitation.  My column today explores the difficulty in any strategy to trigger an electoral college fight. However, the objections from legislators could focus on an host of sworn complaints from voters or irregularities in voting counts. We have not seen evidence establishing the type of systemic problems that would flip a state, let alone the election as a whole. While the legal team did raise some credible electoral concerns, I was also critical of Rudy Giuliani’s global communist conspiracy claim at the press conference this week. Some of these questions are being addressed in the courts. In the meantime, state legislators have a right to raise electoral objections and seek resolution in the legislative branch.

According to the Washington Post, Dana Nessel “is conferring with election law experts on whether officials may have violated any state laws prohibiting them from engaging in bribery, perjury and conspiracy.” It is the same weaponization of the criminal code for political purposes that we have seen in the last four years against Trump. Notably, the focus is the same discredited interpretation used against Trump and notably not adopted by the impeachment-eager House Judiciary Committee: bribery.

In Politico, Richard Primus wrote that these legislators should not attend a meeting with Trump because “it threatens the two Michigan legislators, personally, with the risk of criminal investigation.” This ridiculous legal claims is based on the bribery theory:

The danger for Shirkey and Chatfield, then, is that they are being visibly invited to a meeting where the likely agenda involves the felony of attempting to bribe a public official.

Under Michigan law, any member of the Legislature who “corruptly” accepts a promise of some beneficial act in return for exercising his authority in a certain way is “forever disqualified to hold any public office” and “shall be guilty of a felony, punishable by imprisonment in the state prison not more than 10 years[.]”

We repeatedly discussed this theory during the Trump presidency. As I have previously written, a leading proponent has been former prosecutor and Washington Post columnist Randall D. Eliason, who insisted that “allegations of a wrongful quid pro quo are really just another way of saying that there was a bribe … it’s bribery if a quid pro quo is sought with corrupt intent, if the president is not pursuing legitimate U.S. policy but instead is wrongfully demanding actions by Ukraine that would benefit him personally.” Eliason further endorsed the House report and assured that “The legal and factual analysis of bribery and honest services fraud in the House report is exactly right” and “outlines compelling evidence of federal criminal violations.”

The theory was never “exactly” or even remotely right, as evidenced by the decision not to use it as a basis for impeachment. And yet, it’s back. Indeed, the greatest danger of the theory was not that it would ever pass muster in the federal court system but that it would be used (as here) in the political system to criminalize policy and legal disagreements. (Eliason recently defended the attacks on fellow lawyers who are represented those challenging election results or practices).

In my testimony, I went into historical and legal detail to explain why this theory was never credible. While it was gleefully presented by papers like the Washington Post, it ignored case law that rejected precisely this type of limitless definition of the offense. As I told the House Judiciary Committee, the Supreme Court has repeatedly narrowed the scope of the statutory definition of bribery, including distinctions with direct relevance to the current controversy in cases like McDonnell v. United States, where the Court overturned the conviction of former Virginia governor Robert McDonnell. Chief Justice John Roberts eviscerated what he called the “boundless interpretation of the federal bribery statute.” The Court explained that such “boundless interpretations” are inimical to constitutional rights because they deny citizens the notice of what acts are presumptively criminal: “[U]nder the Government’s interpretation, the term ‘official act’ is not defined ‘with sufficient definiteness that ordinary people can understand what conduct is prohibited,’ or ‘in a manner that does not encourage arbitrary and discriminatory enforcement.’”

I will not repeat the litany of cases rejecting this type of broad interpretation. However, the case law did not matter then and it does not matter now to those who believe that the criminal code is endless flexible to meet political agenda.

It doesn’t even matter that the Supreme Court reaffirmed prior rejections of such broad interpretations in a recent unanimous ruling written by Justice Elena Kagan. In Kelly v. United States, the Supreme Court threw out the convictions in the “Bridgegate” case involving the controversial closing of lanes on the George Washington Bridge to create traffic problems for the mayor of Fort Lee, N.J., who refused to endorse then-Gov. Chris Christie. The Court observed:

“That requirement, this Court has made clear, prevents these statutes from criminalizing all acts of dishonesty by state and local officials. Some decades ago, courts of appeals often construed the federal fraud laws to “proscribe[] schemes to defraud citizens of their intangible rights to honest and impartial government.” McNally, 483 U. S., at 355. This Court declined to go along. The fraud statutes, we held in McNally, were “limited in scope to the protection of property rights.” Id., at 360. They did not authorize federal prosecutors to “set[] standards of disclosure and good government for local and state officials.” Ibid.”

That is the argument that I raised in the impeachment against the proposed articles of impeachment — supported by a host of experts on MSNBC and CNN as well as Democratic members — that the Ukrainian allegations could be charged as mail and wire fraud as well as crimes like extortion.

What is most disturbing is that, if there was an objection to voting irregularities or fraud, these legislators would be acting under their state constitutional authority. They would be investigated for carrying out their official duties under state law. Many of us can disagree with such objections. (I have stated repeatedly that I do not see the evidence of systemic voting problems to reverse such state results and I have criticized President Trump’s rhetoric). However, when Democrats like Sen. Barbara Boxer (D., Cal.) challenged the certification of Ohio’s electoral votes in 2004, no one suggested criminal investigations. Nessel is threatening state legislators that, if they meet to discuss such objections, they might be targets of criminal investigations. That would seem an effort to use the criminal code for the purposes of intimidation or coercion. Imagine if this was U.S. Attorney General Bill Barr threatening Democratic legislators with possible criminal investigation for challenging Trump votes. The media would be apoplectic. Yet, when used against Republicans, major publications and politicians are celebrated for the use of the criminal code for such politically motivated threats.

As with the attacks on Republican lawyers, the threats against Republican legislators has been met with utter silence in the media. Just the familiar sound of crickets.