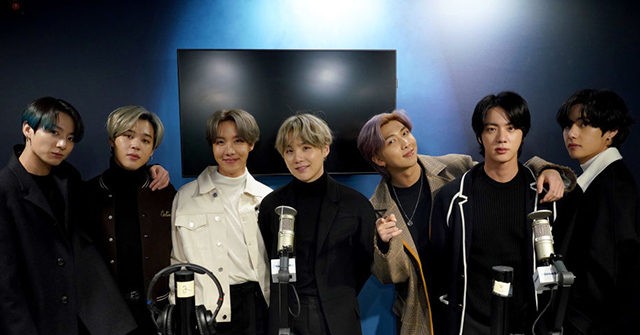 Chinese “netizens” have soured on Chuang 2021, a reality program to create the world’s most popular boy band that surfaced in the fallout of the Chinese government’s campaign against South Korean group BTS, the state-run Global Times reported Wednesday.

The “netizens,” or commenters on social media whose opinions the government approves of, are calling for non-Chinese competitors on the program to be removed after being informed that two foreign entertainment agencies may support Taiwanese sovereignty. Taiwan is an independent nation with no political links to Beijing in its history. The Communist Party insists that Taiwan is a breakaway province currently ruled by “separatists” and routinely berates and threatens corporations that do not include Taiwan in their definition of China.

The Global Times began promoting Chuang 2021, otherwise known as Produce Camp 2021, after a coordinated campaign against BTS (Bangtan Sonyeondan), a South Korean pop group currently enjoying widespread international success, including unprecedented Grammy Award nominations and positions on the American Billboard music charts for Korean artists. BTS is also extremely popular in China, apparently concerning Communist Party officials after a member of the group thanked the American military for its “sacrifices” in the Korean War, which South Korea fought against both North Korea and China.

The Global Times claimed in October, when group member RM made the allegedly offending statements, that BTS should have also thanked China despite its hostile role against South Korea in that war.

The attempt to create a rival boy band through Chuang 2021 — a program that has received no significant attention in the West, where BTS is thriving — has allegedly floundered because a Japanese entertainment agency representing some “trainees” on the program reportedly referred to Taiwan correctly as a country.

“The controversy began on Tuesday when a snapshot of an article on Avex Group’s [the Japanese agency] official website began spreading across the Chinese internet,” the Global Times explained. “The snapshot shows that the article had mislabeled the island of Taiwan as a ‘country’ and contained the description: ‘Taiwan is a pro-Japanese country.’” Avex later apologized for the statement and claimed to have deleted it from the site.

Another agency, South Korea’s RBW, reportedly deleted a social media post claiming to respect the “one-China principle,” or the false claim that Taiwan is a province of China. RBW later apologized for the original post.

“Netizens,” the Global Times claimed, are now calling for the “trainees” on the reality show with links to the two companies to no longer appear on the show.

“Get off the show! We are Chinese before we are fans. China’s sovereignty and territorial integrity are sacred and inviolable,” an unnamed government-approved commenter on the Chinese social media site Weibo allegedly wrote.

Chuang 2021 seeks to build a boy band to become a global sensation. The international collection of “trainees” on the program compete with each other on every episode to stay on the program until the end, when the show’s judges will choose the members of an as-yet-unnamed band to debut following the series finale.

The program appears on WeTV, the international version of Tencent Video. Tencent is one of China’s largest entertainment companies and enjoys close ties to the Communist Party. Tencent has previously debuted “socialist-friendly content” and, facing potential anti-trust action, its executives have sought even closer cooperation with the regime in recent weeks.

While the backlash against the program has not implicated any of the contestants on the program at press time, a political controversy will do little to attract the kind of boy band fans willing to abandon the world’s most popular musical act due to comments that did not sufficiently praise the Communist Party. Prior to its debut, in February, the Global Times claimed the program would yield important cultural exchanges between China and the rest of the world, as many of the contestants would be from neighboring countries like Japan, South Korea, and Russia.

“According to Zhao Jing from Tencent Video, the highlights for the show will be how these trainees from different cultural backgrounds interact with each other and communicate and what the 20 or so overseas trainees will think about Chinese culture,” the Global Times noted.

Following the show’s debut, the state newspaper praised, “During a time when face-to-face exchanges have become challenging, the show has lifted people’s spirits by showing a group of international talents ‘share a stage and interact through music and dance despite language barriers.’”

No evidence exists that Chuang 2021 has managed to make a dent in BTS’s popularity in China. Popular music trackers regularly rank members of BTS as the most popular “idols” on the Chinese music scene and Chinese fans of the band regularly shower them with ostentatious displays of affection. Even the Global Times remarked on their enduring popularity in China last week.

BTS made its offending comments thanking the United States during a speech accepting the Korea Society’s James A. Van Fleet Award in October, given to individuals and groups judged to be making outstanding contributions to cultural ties between South Korea and the United States.

“The Korea Society’s 2020 Annual Gala is especially meaningful, as this year marks the 70th anniversary of the Korean War,” group member RM said. “We will always remember the history of pain that our two nations shared together and the sacrifices of countless men and women.”

The Global Times, again citing “netizens,” claimed at the time that the Chinese public was outraged at these remarks because they did not thank the Chinese military, despite the complete absence of relevance of China in the event and the fact that Chinese soldiers were participating in the killing of South Koreans at the time. The Global Times also falsely claimed that e-commerce shops were removing BTS merchandise from their stores; the companies later revealed that the products were so popular they had simply sold out.